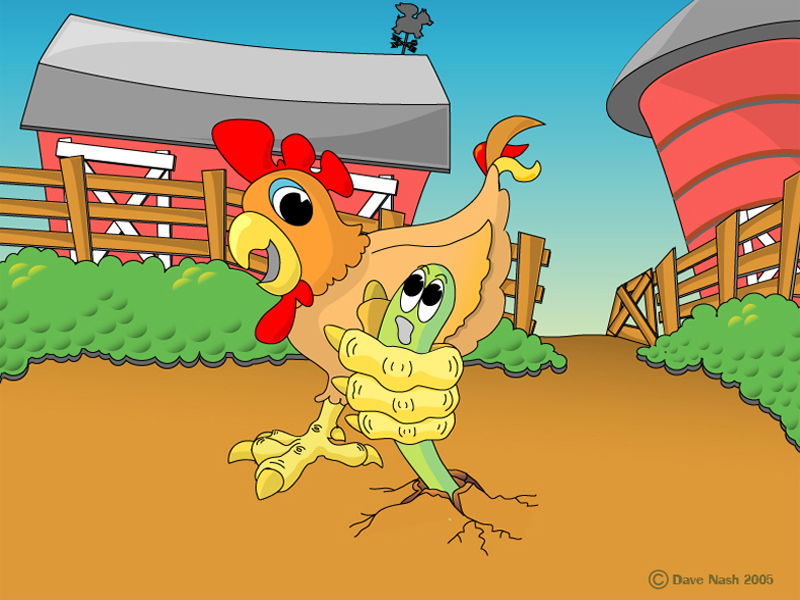 Here for your viewing pleasure – is a lovely Illustrator piece of some time ago. Originally titled “Early Bird” – it was subsequently pointed out by one of my taunting detractors that “Uh, yer chick’n-bird’s got a parrot head!”.  At which point, Birdy and his worm friend /victim took on a new monicker. Enter the mutant entity of “Frankenchicken”. Originally, it was an attempt at adding some organic design aspect to the composition as opposed to an inter-species breeding. So goes my confession that Birdy’s  “parrot-ness” was not necessarily an intended result, however cute n’ cuddly he might be.

On the upside, I can supplement that Wormy now has twice the reason to be fearful, as he’s not quite sure whether he’s going to be breakfast, or the subject of some further gory genetic experiment.  Worm-up, Yo!