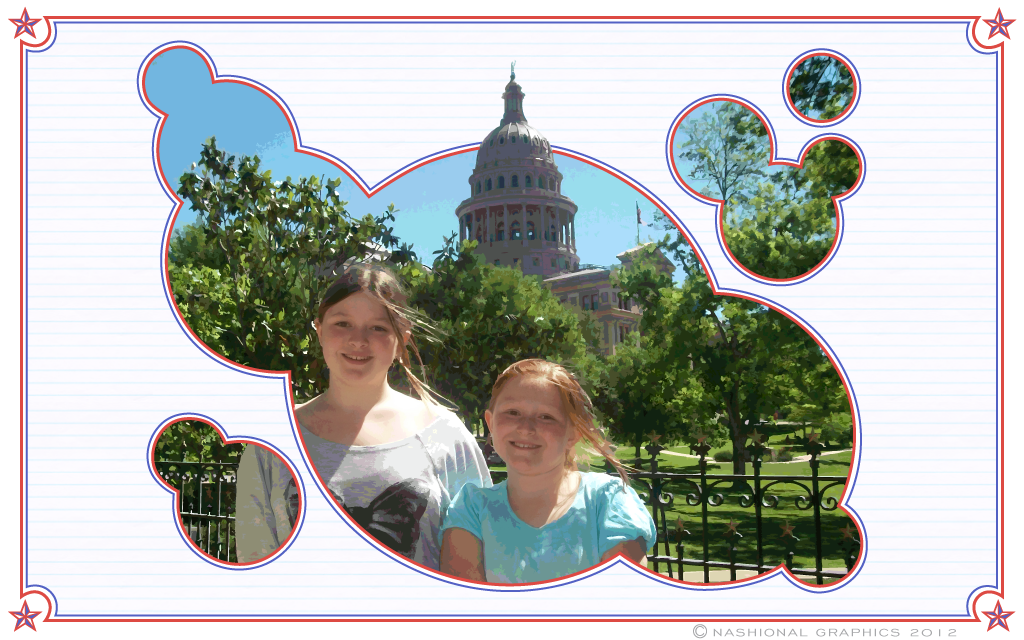 One beautiful Saturday morning last April I found myself on the front lawn of the State Capital here in Austin, and knocked off this pic of my two daughters ‘en pose’ and looking deceptively tolerant of one another. Actually they both like each other more than either one of them would care to admit. All the while doing their best to keep the icky-sister legacy in tact.  It’s a delicate dance, but it makes for good entertainment around the house as long as they don’t draw blood in the process.

Deciding that the pic of note offered the opportunity for some further enhancements (My inner graph-geek craves to tweak…) I opted in this case to strive for the Watercolor Effect resulting from Adobe Illustrator’s Live Trace feature. Live Trace captures the elements of a photo and converts them to “Vector Paths”, each little blip an independent shape that becomes melded with hundreds of similar shapes to create an overall texture much like a watercolor painting. The settings vary with each image, and take a bit of patience to dial in. But the reward is in the results, as well as the happy responses from the grandparents.

And yes, for a nominal fee – I am on occasion available to provide similar treatments to your heirloom images.  Feel free to email me with your inquiries.